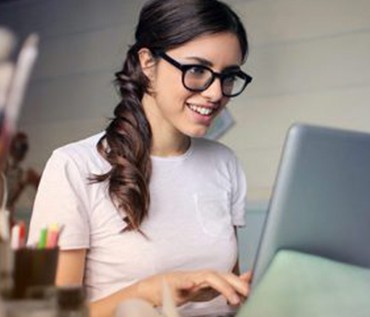 A long time ago in a not so far distant land, 2D computer drafting use to be the only show in town. Clash detection, coordinated 3D models, and axonometric views were a few crucial items now part of our tool palette that we now take for granted with the advent of Revit. AutoCAD was the original cool kid in town, and even started to build robust 3D tools in the program that made modeling full buildings achievable. However, as buildings grew taller, systems more integrated, and facades more detailed, a software tool was needed that full encompassed all the complexities of a building in the 21st century. Both programs still have their place and we’re here to let you know what situations are appropriate for each.

First, let’s start with the elder statesman in the room, AutoCAD

Most designs start with an architectural program given by the owner and then development of sizes, room configurations, and basic schematic layouts are tested and laid out by the architect. AutoCAD with its simple 2D tools such as rectangle, line, circle, and polyline to name a few afford the designer to look at accurate square footage implications, easily translating their sketch to a more tangible idea. Users will often take this elementary sketch and use it as a base for Revit to build upon.

A bathroom renovation, kitchen remodel, or even a small addition typically will not bring reason to design the project in Revit. The complexities of coordinating HVAC ducts, visualizing every view in 3D, and need for axonometric details are not necessary, so why go through the extra time to set it up. These smaller scale projects tend to change on the fly due to the owner’s direction or an unforeseen condition so a completely detailed set is often not needed to attain the project goals.

Similar to quick layouts, space planning allows you to understand how many seats you could fit in a conference room of so many square feet. You can orient a room in two different directions for a 500 person event, optimizing where the bar, food stations, and band will go based on what you find. Looking to know what a seminar space could hold with its retractable walls in both the up and down position? No problem, take your square footage calculation per person in both scenarios and apply it to the room size. 3D is not needed here for simple 2D exercises.

The headline above may sound a little obvious, but not every project requires 3D views to get the design intent across and project built. This idea parlays itself with the simpler projects, in that it lends itself to smaller, less detailed areas. That being said, I’ve designed entire laboratory fit outs from nothing more than 2D plans and elevations. Users in this specified realm of design already know what their equipment looks like and don’t care about 3D views. Adjacencies are key so they can quickly move between different pieces of equipment during experiments, perfect for the layout simplicities of AutoCAD.

One of the most powerful features of Revit is the ability for the architect, engineers, and consultants to all work off of a central model (more on that in the Revit section). If the project doesn’t include any scope to change structure, rerun HVAC ducts, or add stairs, AutoCAD should serve you just fine. These tend to be more focused on interior renovations rather than complete refurbishments of an old mill building where materials and finish quality is more important than how an exhaust may connect with an oven hood.

And now the newcomer, Revit.

To make a clear demarcation line in the sand, I’ll define a large project as anything over 20,000 square feet. I’m not saying you can’t use Revit for smaller projects but its abilities and advantages start to shine as projects become increase in size and complexity. 3D visualization is a huge advantage with the software, allowing an architect/designer to make quick changes to a space that needs refinement. The larger the building, the greater number of areas will need this attention and the power that comes from designing in more than just 2D is critical. Another advantage is having the ability to view a design in context to its neighbors. Existing models or simple blocks can be inserted into the model to represent context and ensure the building is neither too large nor too small. Less complex projects (houses, interior architecture, small commercial spaces) often don’t need this level of review.

As a compliment in the AutoCAD section above to a design not needing a 3D model, projects today especially in urban developed areas come under extensive design review and a 3D model is a crucial tool to showcase the intent, scale, and materiality. When proposing a new use to a parcel of land, building zoning board members scrutinize not only the change of use but also its size, orientation, and how it relates to its neighbors. While plans and elevations can give clues in two different planes of the building, a birds eye or rendered view can give a sense of place for the proposed design all in one shot. Where a large addition is being added or a new building integrating with an existing building, lining up floor levels, materiality similarities, and a complementary scale between the two becomes key in accomplishing a harmony in the opposing structures. A 3D model allows you to quickly edit elements if they don’t look right, visualizing multiple options quickly.

Certain project typologies require more coordination between the trades which Revit specializes in. Multiple consultants can work on a “central model” which is live updated when local users “sync” up the model, easily communicating issues and design changes. These projects tend to be those with large MEP scope such as hospitals, labs, and factories, complicated structural scope like sky bridges, building with large cantilevers, or very tall and slender buildings, or designs that call out for complicated facades such as curved glass, exceptionally large overhangs, or a complicated non-rectilinear forms. All these project typologies require intimate coordination between the trades which Revit allows through its multi-disciplinary set of tools. Further, Revit allows you to set up “worksets” which is similar to AutoCAD’s “layer” function in that it can control the visibility of certain portions of the model, often used to turn off the MEP or structural model for better workflow.

One of the best advantages Revit offers over AutoCAD is because you’re building in a 3D model instead of a set of non-connected 2 dimensional drawings, a change in the design reflects across all drawings that the area is visible in. So if a window changes size or placement, the dimensional and location change will be shown on the plan, elevation, and section simultaneously. Traditionally with AutoCAD, this change would have to be made in all 3 drawings, costing more time. This becomes very powerful when presentation drawings are an important aspect of the design evolution. A designer can show multiple options for a plan and 3D view of a space, generating new ideas from the same model. If the building is in construction and changes are required (often known as a bulletin), the designer can quickly make a change and assess whether or not the change might affect additional disciplines such as the lighting designer or structural engineer. Revit allows projects to save time and money where changes can be made globally one time to affect multiple drawings instead of painstakingly changing drawings one by one.

Buildings are quickly becoming more advanced and integrated with green technologies and with building managers in mind. BIM (building information modeling) allows the designer to anticipate sun angles, energy usage, and anticipated heat and cooling load just to name a few. This information is priceless when pursuing LEED (Leadership in Energy and Environmental Design) accreditation or simply hoping to keep operational costs down once the building is turned over to the owner. Speaking of turnover, Revit integrated with various plugins are now starting to allow operations managers to visualize their space in 3D. They can quickly diagnose a leaky pipe, loss of pressure at a supply duct, or an air handler that might have gone down and is causing inhabited space to become unbearingly warm. The advantage of a 3D model plays can pay further dividends, long after the design and construction teams are gone.

Those are the big points in choosing whether AutoCAD or Revit is the correct software tool for your job. Now get out there, pick your weapon, and start creating that next great design!